After wandering the streets for more than an hour, I finally found a cheap dormitory in Mahajan guest house that charged a minimal amount of Rs.100/night. I kept my belongings and headed straight to the nearby temple.

It was post lunch period and I was trying hard to keep up with the energy. So I decided to rest in the temple premises. The weather was pleasant with the cool breeze blowing and the sun provided the necessary warmth. But, before the poet in me could arise and appreciate the weather more, I was already in the blissful state of sleep!

After an hour or so, I woke up to the drizzles and thunders. I felt rejuvenated and soon continued my wandering. A local guided me on my way to the Chamunda temple but lured by the old streets, houses, and temples, I lost my way while clicking pictures.
Read– Kalatop: The Poetic Beauty 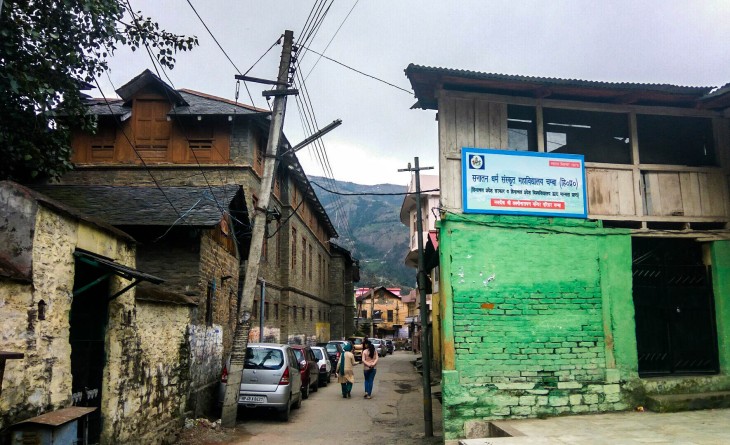 By this time, I had reached the end of the road where a board indicated that the further steps lead to Sui Mata temple. Without further ado, I accepted my fate and started climbing. The steps soon ended followed by a trail in the jungle. Still unsure of the path, I continued to walk with a belief that I would get help on my way.

Rightly so, I met an old man who confirmed that I am on the right path. He told me that he is a regular visitor here and comes daily in the evening as a respite from the mundane. “I like the peace here”, he looked at me smiling, as if knowing already that the feeling is mutual. It was already around 5 and according to the old man, there was still a lot of distance to cover. He asked me to return back with him. But, now that I had reached till here, I was adamant to walk further. I was able to convince him that I’ll go up to the village and return if the light gets dull.
Read- Pie in the sky: Patnitop 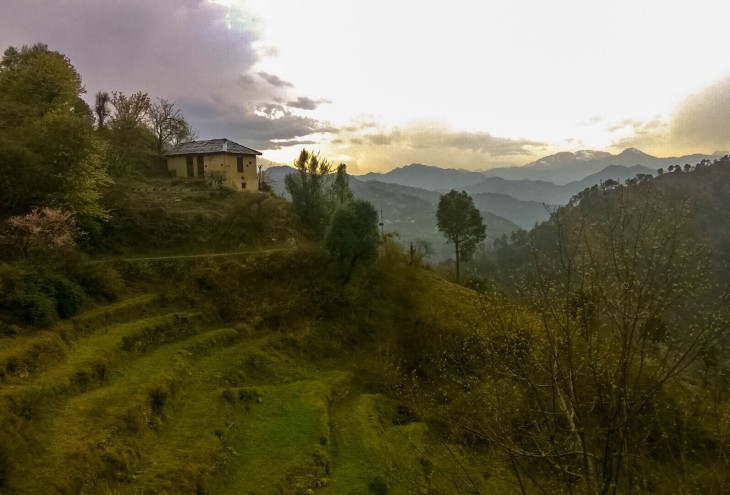 The jungle grew denser with each climb. The temperature dropped gradually as the sun started hiding in the mountains.

Soon, I reached the village named “Kiu” (that’s what I can recollect) where I met a boy who had returned from Chamba after finishing his coaching. He narrated me several incidences of leopard intruding the village and preying their cattle. He said that the leopard had also killed a villager, a few months back. I took a good look at the village- perched on a hill slope, in the jungle with a boisterous sound of a stream. Such a setup could make anyone believe in his stories. “Ab to mandir pass hi hai, jaldi jaake laut ana” (Translation- The temple is not too far from here. Visit the place and return soon), he encouraged me after reading my scared face.
Read- Kalga: A hamlet from a fairytale 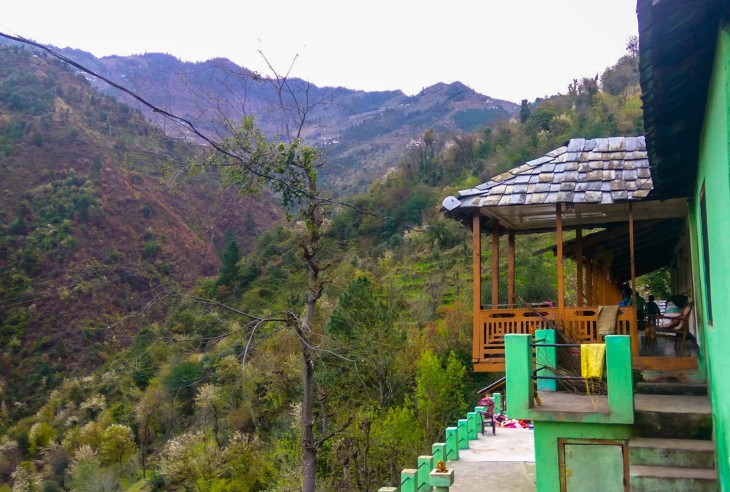 As I moved further, the trail welcomed me with the flowers blooming all around and the crisp sound of chirping birds. Never had I heard so many vivid voices of the birds before.

But, this was not the time to act as Walter Mitty. I hushed and puffed my way up to the temple and reached the place sooner than I expected. 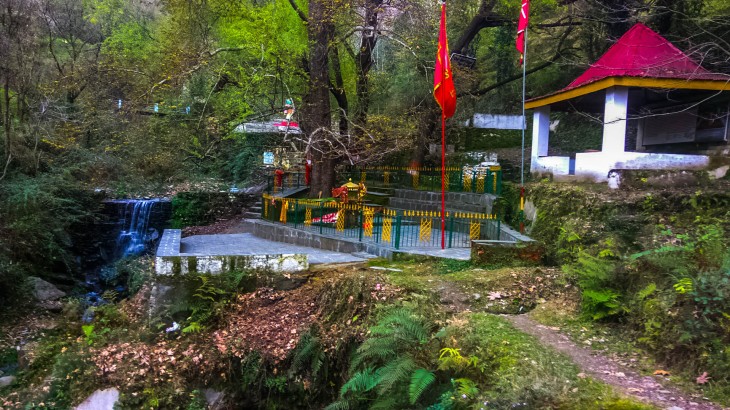 The Sui Mata temple is dedicated to the Queen of Chamba (the wife of the King Verman) named Sunayna who sacrificed her life for the sake of her people.
The story goes this way- There was a scarcity of water in the region and the king could not find the solution to the problem. One day, the deity of Chamba appeared in queen’s dream and said that if one of the members of the royal family sacrificed his/her life, the problem must be solved. After contemplating, she decided to sacrifice her own life. As she took her last breath, the water sprung immediately from the mountains.

‘Sui Mata festival’ is still celebrated to commemorate the queen. It lasts for 4 days where all the women and children of Chamba actively participate in dance and other folklores (this was the last wish of the queen before dying and according to the wish, no men are allowed to participate in the festival.)
Read-Mythological importance of Kheerganga

I clicked some pictures, quenched my thirst from the nearby stream and started to descend. While returning, I shuddered, even at the rustling of the bushes. Thankfully, I was out of the jungle soon with the town of Chamba clearly visible (though from a distant).

In retrospect, it looks funny how an evening that was meant for casual exploration around the town turned out to be full of stories and adventures. I guess this is the way of the mountains teaching us to follow our heart and learn to be happy and amused by whatever little comes our way.