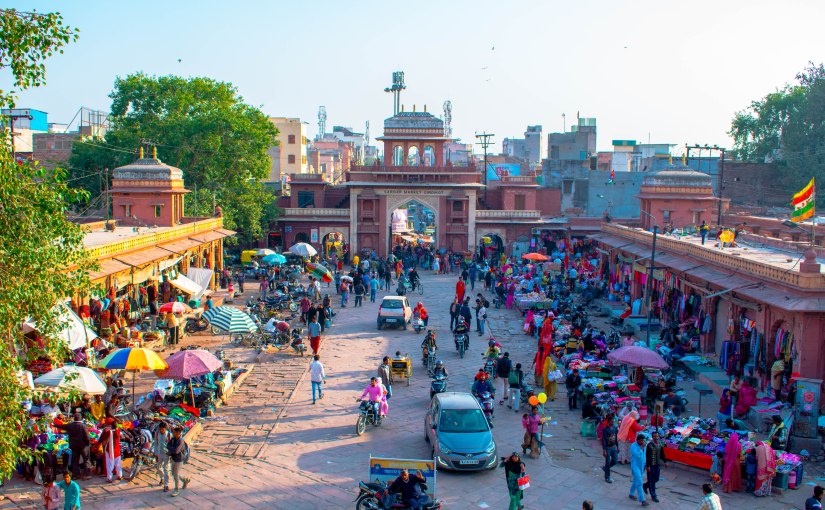 After knowing the history of Mehrangarh Fort and understanding the grand scheme of things that ran the old blue city, it was time to explore Jodhpur breathing in modern times. The city that has a sense of familiarity with that of the crowd, noise, traffic, various smells, food, shops, etc.

So we headed to the Sardar Market. Some of the things I could spot in the market were vegetables, spices, street foods, clothes, ornaments and jewelry, antiques, etc. However, it was the clock tower that attracted my attention the most. The clock tower situated at the center which was once the only means for the labor class to know the time is now a prominent landmark of the city. A more than century-year-old clock tower was built by the then King Sardar Singh. Apparently, he paid a huge sum to the London company to build this unique clock which cannot be replicated elsewhere.

Here are a few more interesting facts about the clock tower:

Tip: Try lassi at Mishrilal Hotel, and mawa and pyaaj kachori at Rawat Misthan Bhandar who is believed to be the inventor of mawa kachori.

A few meters away from the clock tower lies a stepwell which seems like a place for a social gathering of locals. Kids playing, people having snacks, a group of friends chatting, few tourists clicking photographs, while some sitting on the steps observing the life passing by, helped me experience the life in Jodhpur, in general. I was quite surprised by looking at its depth. The steep symmetrical steps leading to the water body tempted me to go further down to reach the water level. The stepwell was left in an abandoned state until it was restored a few years ago along with the surrounding area which is also refurbished with cafes and hotels keeping up with the tourist theme of the place. As a result, it is now attracting the attention of the tourists. However, I wish there was more information provided about the place.

Read: The touristy charm of Pushkar 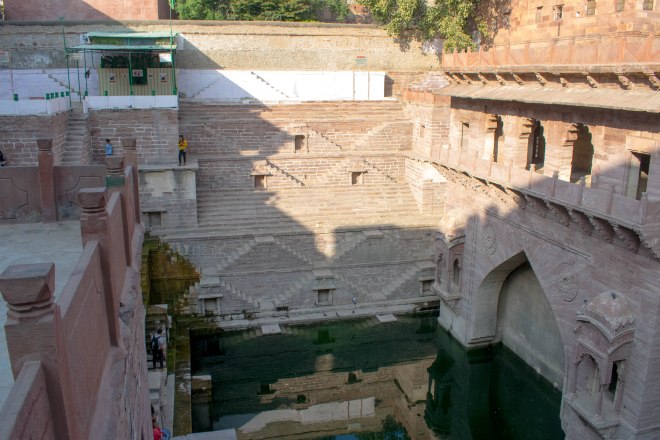 In an attempt to convert a rocky wasteland surrounding the Mehrangarh fort into an ecological park, Rao Jodha desert park was created in 2006. It gives a glimpse of the local topography with different types of rocks, birds and native plants growing in this part. With very few tourists around, the place felt even more interesting to explore at our own pace. The sturdy castle of Mehrangarh lay on a rugged hillock right across the park while we ambled through the overgrown bushes, crossed lakes and rested on the rock when felt so. I also observed the tourists zip lining from the Mehrangarh fort up to the park, which I think is a good idea to have an aerial view of the city and its heritage. 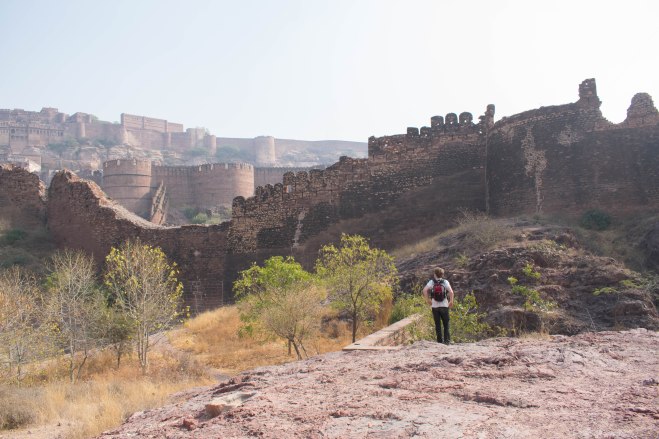 My love for nature made me ditch Jaswant Thada– A memorial of Maharaja Jaswant Singh to visit Kaylana Lake during the sunset hours. But to my disappointment, the sun hid behind the hills well before casting its orange rays. The place is also poorly maintained and is not as good as reviewed on the internet. Although with the sitting arrangements and the boating facilities, it serves as a picnic spot which is mostly frequented by locals. 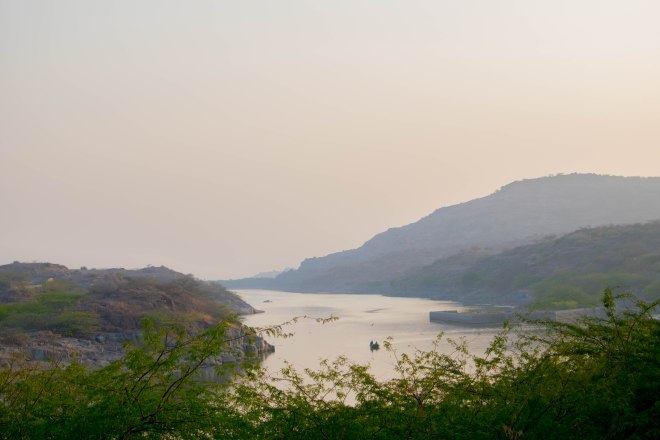 Built by the erstwhile ruler Maharaja Umaid Singh, it is the last royal palace built in India and is one of the world’s largest private residences. The palace is now divided into three parts- the first being the residence of the royal family (Maharaja Gaj Singh, the grandson of Umaid Singh is the current resident of the palace); the second is part of a Taj hotel; and the third is converted into a museum housing vintage cars, collection of clocks, furniture, antiques, armories, family memorabilia, and paintings.